Every Child Deserves A Birthday 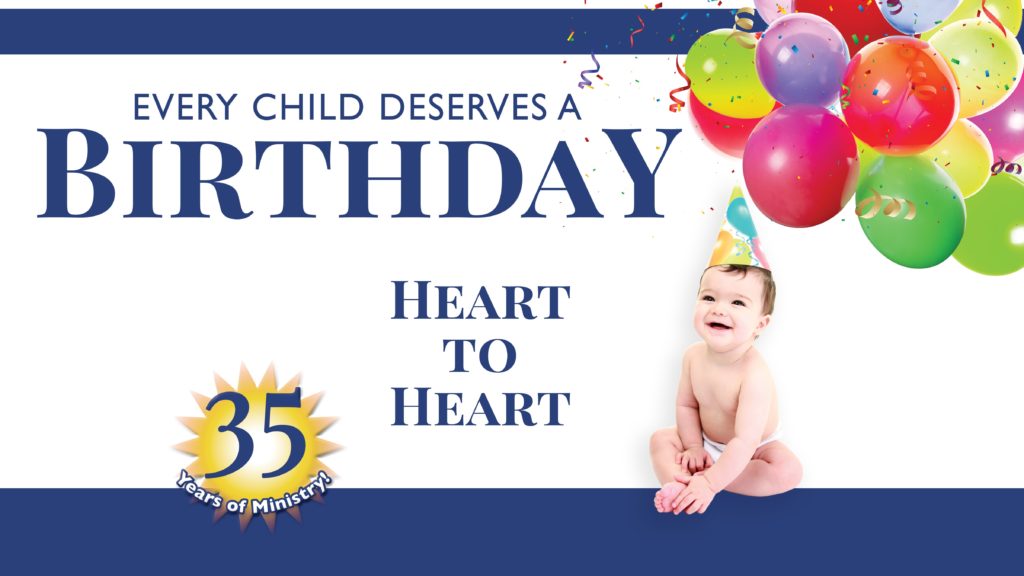 On June 6, 2020, Heart to Heart gathered at Rock Church of Laramie to host a Church Service and celebrate that Every Child Deserves A Birthday.  With the postponing of our Annual Banquet and the need to drastically change the format of our gathering, Heart to Heart sadly was unable to visit with all of our donors.  Not only did Heart Heart gather to celebrate Life, but we also celebrated our own 35th Birthday. As a gift, we wanted to share the recordings of our guest speaker Kaliee Perrin, client testimony Cristilyn Gardner, and the special song that our client Josephine Igwe wrote for us.

What do you do when you are addicted to drugs and alcohol and then find out you’re pregnant?

This is the position Kailee Perrin found herself in at 18. Kailee’s boyfriend was a drug dealer and decided to pay for an abortion so that they could both go on with their lives.

Through an unlikely series of events, Kailee found herself in a pregnancy center. Sher thought that they offered abortions. Instead, she found the acceptance, hope, and love that she so desperately needed. She decided to keep the baby and so into rehab. After entering rehab, she began a relationship with Jesus. Not long after that, she found out that the father of her baby had turned his life around and wanted to be the father their child deserved.

Today they are married and have two more children.

Kailee’s story is a powerful reminder that no one is too far removed from God and that hope shines the brightest in the darkest of places. her story has inspired man as she continues to be a voice for the unborn and the mothers that carry them.

We are a Christian, non-profit counseling and medical pregnancy resource clinic that is committed to providing excellent care.

Better choices for a better future.